The Event That Made History | Deutschland Blog

The Event That Made History

“In the summer of 1968 I was privileged to witness an event that made history: The Prague Spring. The Russians invaded Czechoslovakia and our whole class was frogmarched out to Dresdener Strasse in Chemnitz to wave to the Russian tanks as they passed through. A ghastly moment: They refuelled, and there was gas slopping out of their tanks all over the streets and I’d have loved to siphon it up in a bucket. What a waste! One year later: The moon landing. I didn’t even hear about it as the East German media simply ignored it. In school the next day we talked about it, but no one was really enthusiastic. You see, an event is only considered as spectacular as the system wants it to be.

Today I was myself party to an event that made history. One that the East German system certainly didn’t want. It was the most emotional moment in my life. And we sensed it making history for every second of it. No one could forge how it felt. And no one will ever be able to take it from us. It won’t matter if historians don’t recall it, the way Hans-Dietrich Genscher stepped out onto the balcony of Labkowitz Palace: For all the refugees who had toughed it out in the German Embassy in Prague for weeks or even months that moment will always be one that made history.

Genscher, West German Foreign Minister, arrived here in the embassy today, 30 September, at about 5 p.m. With tough negotiations behind him: In New York Genscher negotiated tenaciously with East German Foreign Minister Oskar Fischer. Herr Huber was at the gate to welcome Genscher and escort him into the embassy. I was allowed to follow, as far as an ancillary chamber next to the domed hall; there Genscher told us the outcome of the negotiations: Fischer had completed blocked things. “There is no way the refugees will be allowed to emigrate,” is how Genscher quoted him and my heart fell like a stone.

But Genscher wasn’t through. He said that Fischer had reached an opinion without factoring in Soviet Foreign Minister Eduard Shevardnadze. The latter had noted that Honecker had issued the directive that until 7 October, the anniversary of East Germany’s foundation, the “Prague Problem” was to be taken care of. “Are there children among the refugees?” Shevardnadze asked. Genscher nodded. “Lots of them.” Whereupon Shevardnadze said: “Then I’ll help you, we’ll manage it.” And had then reached an agreement with Fischer – and the deal was done. Which was why Genscher was now here.

Video Diary Episode 9
THE EVENT THAT MADE HISTORY

The megaphone that Weber hadn’t wanted to give me the day before was now handed to Genscher. It was fixed on the palace balcony along with a small spotlight before they stepped out onto it. It was a huge moment. The crowd was all revved up because of Genscher’s arrival. They were chanting down below and it echoed. “Genscher, Genscher,” “Freedom. Freedom.” There’s nothing more sublime, more moving, more beautiful than 4,000 people all crying “Freedom”. It echoed right round Prague, of that I’m sure.

And then Genscher stepped up to the megaphone. It was as if my whole body was electrified – and it still is when I recall the moment. The tears simply ran down my face before Genscher had even uttered a word. It wasn’t just a politician I saw standing on the balcony. For the first time I saw the goal, manifest before me. The solution to my problem of how to get out of East Germany, it was there, I could feel it! I sensed: “We’ve made it! We stuck together, we suffered, we fought and now we’ve shown those East German officials. We’ve won. “Dear fellow Countrymen,” Genscher said. “We’re here today to tell you that today your emigration …” I was screaming for joy by the time he got to that word. As were all the other 3,999 refugees. We were crying, yelling, celebrating, hugging each other. The dream had come true! We were officially allowed to emigrate to West Germany!

But there is a catch. I’m sitting on a train heading for West Germany as I write these words. But the train has to go through East German territory first. That was the condition that the government made and the West Germans agreed. Is it all a trick? Will we arrive safely? I don’t know. My gut feeling is we can trust Genscher. But I’m not sure we’ll arrive in the West. There were some boos when he announced from the balcony that we would have to travel via East Germany, but every single refugee boarded the train. It’s a nerve-wracking journey ahead of us. The last trial we have to face.” 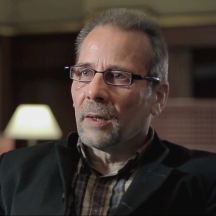